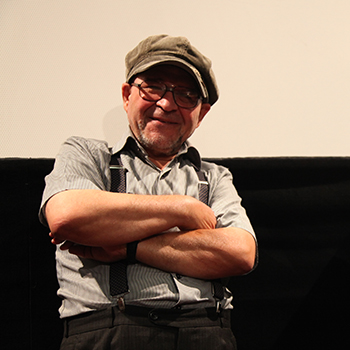 Mohammadreza Moghadasian is known as the most highly acclaimed Iranian documentary filmmaker who directed or produced more than 35 documentary films in 33 years of artistic activity. The film series “Iranian Gypsies” was his first research work in documentary cinema, which he embarked on making with the guidance of Fereydoon Rahnama. “The Last Play” (1973) was Moghadasian’s first film as a documentary filmmaker, and “The Painter, Altafi”, “Brick Kiln”, the series “Water and Traditional Irrigation in Iran”, “The Nimoor Plain Song”, “Talk In the Mist” are among the lasting works that Moghadasian has left of himself. Winning several credible national as well as international awards such as the top prize from the Moscow Festival (1981), Special Award of A.B.U (the Asia and Oceania Filmmakers Union) Festival (1987), and the Crystal Phoenix from Fajr Festival are among his accomplishments in the realm of cinema. Moghadasian was the first director invited to the project, but ill health did not permit him to stay with KARESTAN to the end of the project. In June 2015, he passed away due to a sudden illness. Moghadasian had already started the research phase of the first film in KARESTAN” documentary film series.