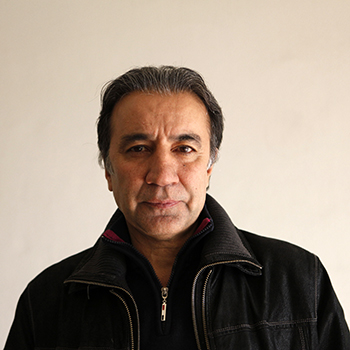 Bahram Azimpour was born in Tehran in 1959. He is a documentary filmmaker and has also been active in various theatrical and visual media. In addition to writing and directing plays, he has written scripts for films and fictional television series. He has been involved in professional Iranian cinema for more than three decades. Since 1994, he has been making documentaries and has twice been a member of the Board of Directors of the Documentary Filmmakers Association.  Among his renowned documentary films are Kamas Dolls, Chamar, Dobeh, Fresh Air and Don’t Stay in the Shadow, which have netted him several awards in national and international film festivals.