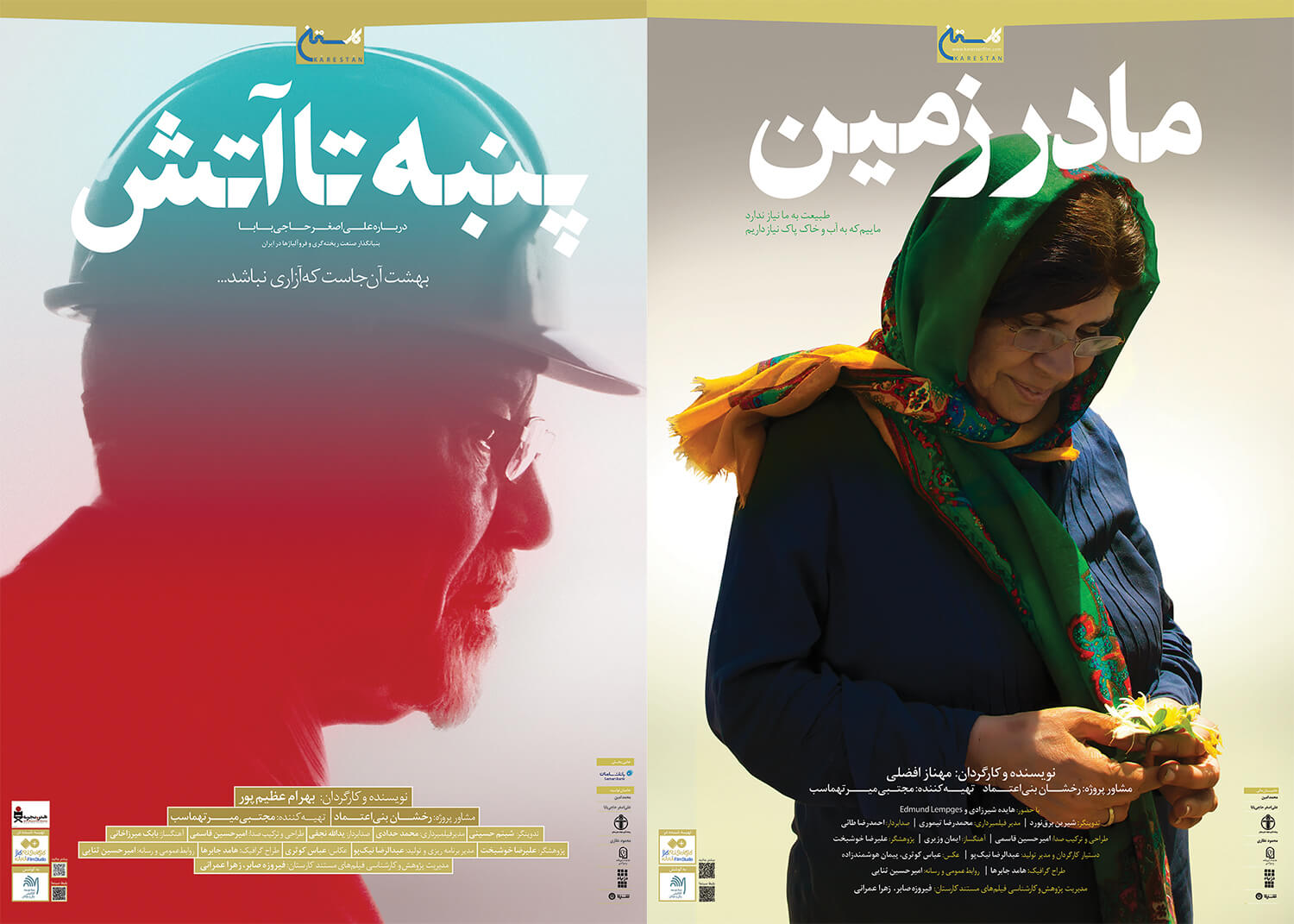 The screening of the two Documentary films “Mother of the Earth” directed by Mahnaz Afzali and “Flax to Fire” directed by Bahram Azimpour, produced by Mojtaba Mirtahmasb will begin on August 2nd through the Art and Experience Cinematic Group.

The documentary film “Mother of the Earth” is a look at the joint life and work of Dr. Hayedeh Shirzadi and her husband Edmund Lempges and their efforts toward elimination of the burial of city's domestic waste, turning it into bio compost and producing organic fertilizers to be used for organic agriculture.

The documentary film “Flax to Fire” is about the life of Iran's distinguished industrialist, Aliasghar Hajibaba. He started working as a child and by quilt making, and along his adventurous path of life, he managed to find his way toward his own independent business in industry.

These two documentary films will be screened together in the same show through the Art and Experience Cinematic Group starting from August 2nd. Screening of the other “Karestan” documentary films “Poets of Life”, “Friends at Work” and “MAHAK: The World She Founded” are ongoing.