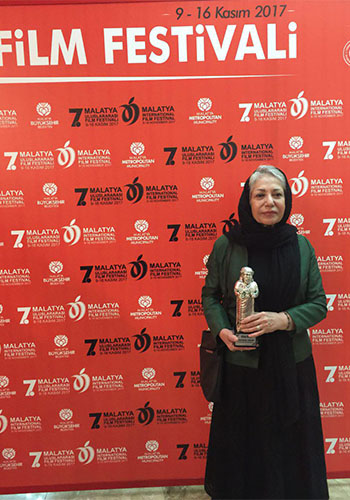 The Malatya International Film Festival (MIFF) granted The Honorary Award to Rakhshan Banietemad. This festival ended on the Friday November 16 in Turkey.

Rakhshan Banietemad was recognized for her skillful direction and her well known character as an Iranian director.

At this even the movie "The Blue-Veiled" was screened in very high quality for the first time following the necessary amendments. The work of the professionals, especially Farhad Ghodsi was highly appreciated by the attending audience.

The Farabi Cinema Foundation are the distributors of this movie; who also contributed to this project.