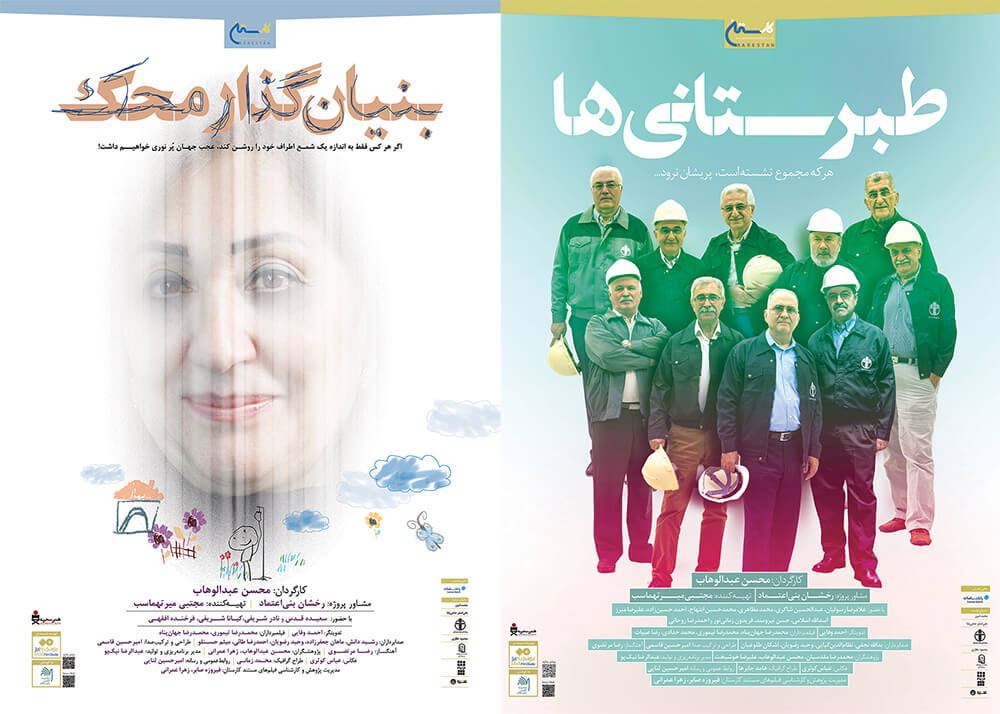 Two Documentaries by “Mohsen Abdolvahab” to be Screened

The two documentary films “Friends at Work” and “MAHAK: The World She Founded” directed by Mohsen Abdolvahab and produced by Mojtaba Mirtahmasb will be screened from July 15 through the Art and Experience Cinematic Group.

The documentary film “Friends at Work” is about a number of young engineers who many years ago, at the height of post-revolutionary crisis and during the war and at a time when many industrial plants were closing down, decided to establish a steel foundry plant; today, they are still friends and partners.

In May, the trophy and diploma for best film in the documentary film section of Industrial Films Festival was given to Mojtaba Mirtahmasb, the producer of this film.

The documentary film “MAHAK: The World She Founded” is about MAHAK (Society to Support Children Suffering from Cancer), the most recognized and most credible charity organization in the field of children”s treatment and health in Iran. In this film, Saeedeh Ghods talks about her ideas and motivations for founding MAHAK.

These two films will be screened together in one show starting on July 15th through the Art and Experience Cinematic Group.