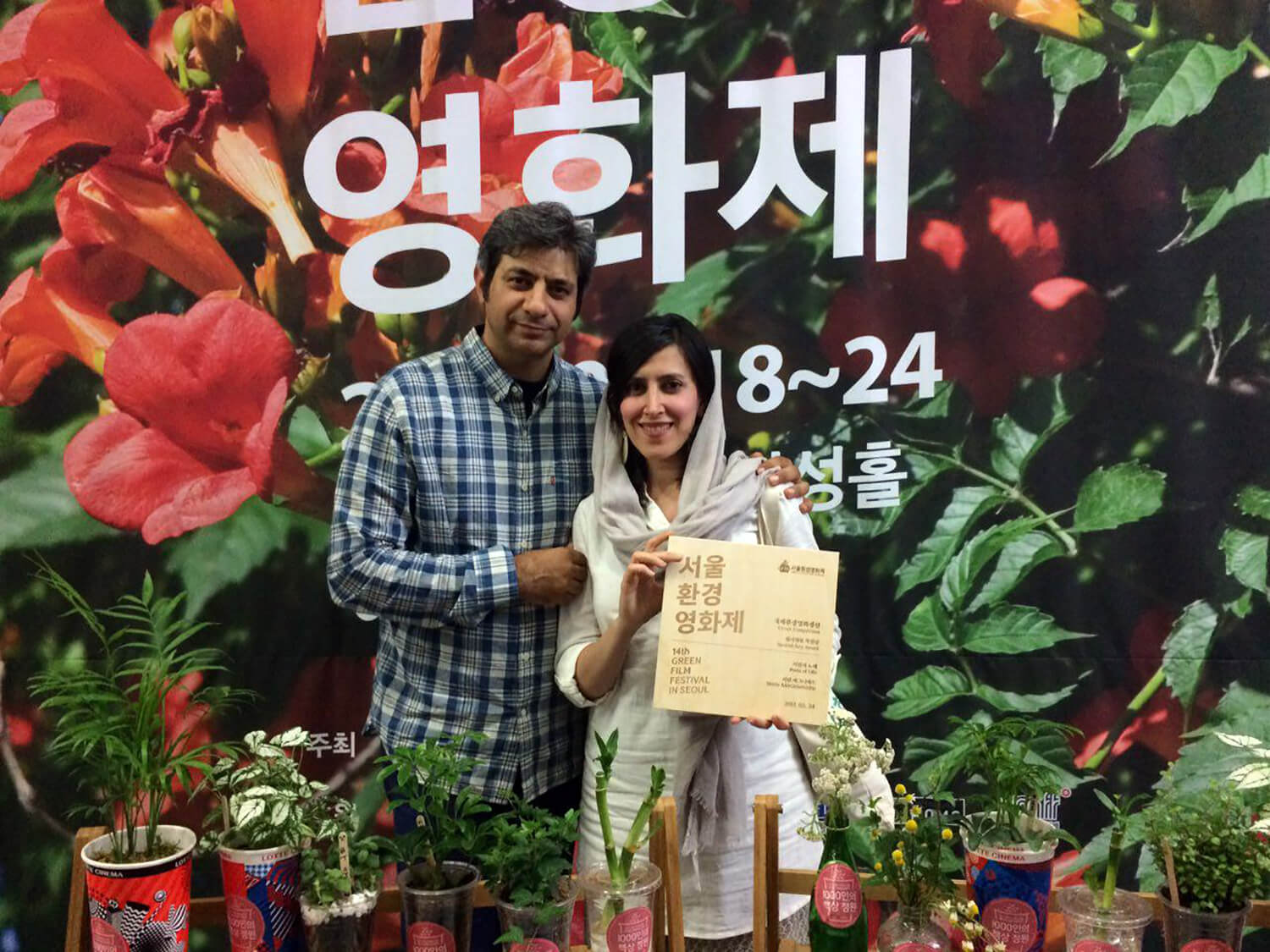 Special Jury Award at “Green Film Festival” in Seoul was awarded to the documentary “Poets of Life” directed by Shirin Barghnavard and produced by Mojtaba Mirtahmasb.

This documentary film which is a poetical narration of the life, works and concerns of Shirin Parsi, rice grower, environmental activist and social activist in the field of women, was screened in the competition section of “Green Film Festival” in Seoul attended by Shirin Barghnavard and Mohammadreza Jahanpanah.

The 14th “Green Film Festival” in Seoul which is the largest environmental film festival in Asia, was held on May 18-24 in Seoul, South Korea, and the documentary film “Poets of Life” was screened along with seven other documentary films from USA, Canada, Denmark, Finland and China in its Green Competition Section.