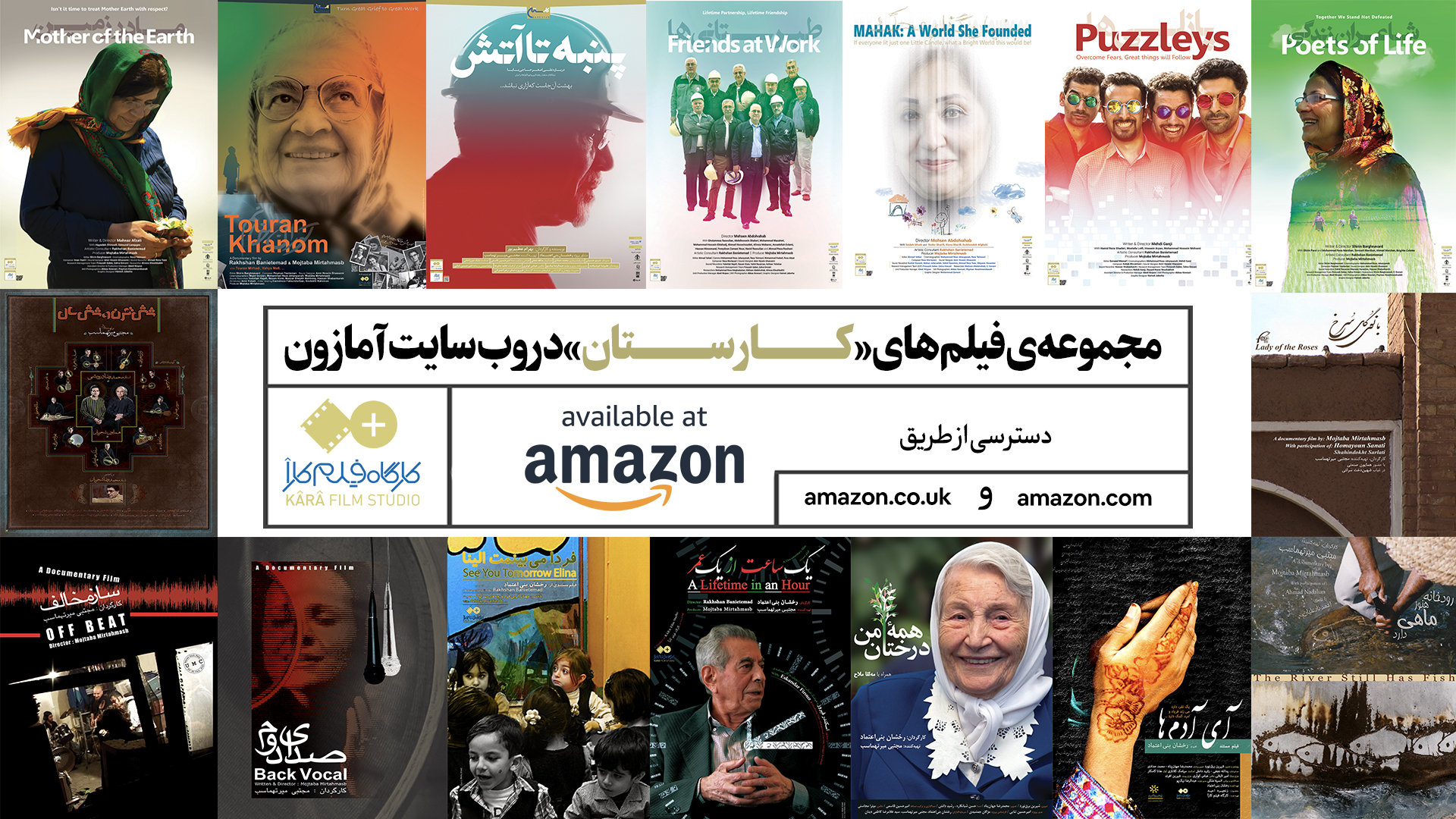 Currently, the documentary films Touran Khanom, Poets of Life, Mother of the Earth, Puzzleys, Flax to Fire, Mahak: A World She Founded and Friends at Work (from Karestan Series) along with Lady of the Roses, Six Centuries and Six Years, All My Trees, A Lifetime in an Hour, Back Vocal, Off Beat, The River Still Has Fish, See You Tomorrow Elina and Hey Humans are accessible to be viewed on Amazon website.

MENA picture (www.mena.pictures) has dedicated its activities to the Middle-Eastern and North African Cinema, and is at present the sole viewing gateway for Iranian products on a dedicated channel on Amazon website. Amazon as a large and extensive internet network has no doubt made a great transformation in the traditional culture of film-viewing, and has thus attracted the most viewers throughout the world. Appearing on Amazon by Iranian documentary films is a new pathway for the Iranian culture to enter on the world stage.

Mojtaba Mirtahmasb and Rakhshan Banietemad, the central core of “Kara Film Studio”, have been in charge of producing these films as well as directing a number of them. In addition, a number of well-known documentary filmmakers, namely, Mohsen Abdolvahab, Bahram Azimpour, Mahnaz Afzali, Shirin Barghnavard and Mehdi Ganji have directed “Karestan Documentary Film Series”.